There goes my Lymph Nodes :-( 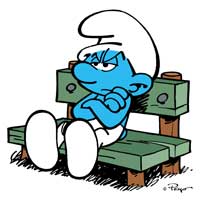 Waiting impatiently for forty minutes to see the Doc for results of Lymph Node operation – Oh God nothing worse sitting outside with the feet swinging.

Results not what I had hoped for one (out of three)  Lymph Nodes did test positive for cancer which is something that I could do without.  I asked the Doctor if it was a big set back and he said no it was’nt it would be better for my treatment,  if it wasn’t there but the fact that the cancer is nowhere else that’s the main thing we have to focus on.  This just means that they take the lymph nodes out during the mascetomy and chemo maybe worked differently as it has spread to there.    Jesus I will be weighing a stone lighter with the amount of stuff they are taking off me!

I will be doing my chemo before my mascetomy so this way will nuke more of the cells before its time to operate.

One of the main things that I found really positive from today was that I asked him outright “is this curable”  – he said “we are currently treating you to cure your cancer – its curative treatment”.  Obviously he said if this is not the case he would have to inform me of that.   I repeated exactly what he said – (to be sure to be sure) – so to be honest that’s all I really wanted to hear.

He told me its boxing gloves on now and literally need to become Katie Taylor and start boxing and beating this.   Told him already had gloves bought and plenty of people outside the ring cheering me on!

Summing it up would have been really nice news that it wasn’t there but it was – so nowt I can do about that. Think I’ll go to Jamaica in my head for the weekend

7 Responses to There goes my Lymph Nodes :-(