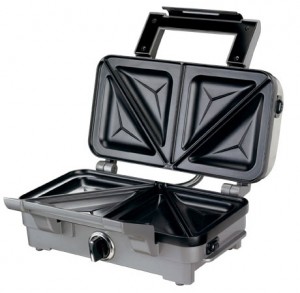 Had all weekend to think about Mammogram – must say was a long weekend and being in hospital didnt help – no sleep but good fun with the inmates.

Mammogram kindly organised by Dr Butt for me 10am Monday morning. Taxi there and back (thanks HSE)! Checked in Suite 4 Vincents Breast Clinic – must say from the minute you entered you got a lovely feeling about the staff. Nothing I could put my finger on but these people (nurses) were so nice and not just professional nice – just nice nice!

Into changing rooms and into a lovely blue gown – they gave you a plastic bag for your belongings – then you went into a waiting room – there was around 12 women sitting around also in their fab gunas! I was getting a bit paranoid as I was the only one with a plastic bag they all had shopping baskets for clothes – holy shit -was that the difference of VHI vs non VHI. Unfortunately I sat beside this woman that had every bloody sickdom known to mankind. She said “have you had your mammogram yet” I said “no” she said “the black girl is on today and she is really rough” – WTF how do you answer there I was just trying to let it be known to the other women sitting there that I did not know this mad woman!!

My turn – so listen up girls – it did not hurt one bit getting a mammogram maybe a little uncomfortable feels like putting your boob into a toaster sandwich making machine (without the heat of course). So in went one boob into the machine at a time and they did their thing. I knew from chatting to the other ladies (btw all ladies there had  been referred by doctors or had concerns so it wasn’t just a routine check) that from here you either have to go for an ultra-sound or not – some girls didn’t have to go – fair play to them they were clear. I was called in to ultra-sound and there was a really nice lady doctor and nurse – on went the jelly on my right boob only and they told me that they would have to do some biopsies – I said grand. Now Jesus must say they did hurt left a big FUCK out of me after one of them and of course apologised they said don’t worry that was mild compared to some of the language. They took two biopsies from my boob and then one under my arm.

Back into changing room and donned my normal clothes again, then was told to go up to the next suite where the Doctor would see me. At this stage was really a bit unsure as didn’t know to be honest if I was in trouble or not. I did say to the nurse after the biopsies how many of these are cancerous and what percentage are not – I am a statistics sort of person she said it was hard to say – not too comforting.

Met with a lovely Doctor a nice suave middle aged gentleman – could see him in his Audi and having dinner parties with his friends in a nice georgian house in Sandymount or Blackrock. He also did a breast check and then sat me down and said that there “might” be a problem and that I was to come back on Friday for the results.

Might? Might? WTF is might is that a tiny chance, a good chance, what does the word might mean? Anyhow taxi brought us back to Naas not a word was spoken in the taxi.

The ladies in the ward were so cool we had great camraderie.

One Response to Mammogram in Vincents